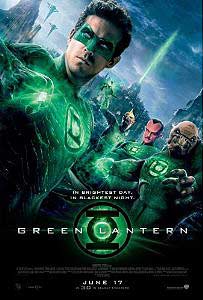 We present you an interview with Will Shepherd, a producer at Spatial Harmonics Group from Los Angeles.

Can you please tell us about Spatial Harmonics Group?

Spatial Harmonics Group was founded in Los Angeles in 2009. It positioned itself to provide FX for film and commercial clients. We have produced FX since then for over 20 clients ranging from tradeshow floor graphics to feature film work.

Recently you have finished work on the Green Lantern. How many shots you had on the film, what sort of shots and what tools you were considering to accomplish with them?

Originally we were contacted by Pixomondo LA to produce 8 hero FX shots for Green Lantern. We initially approached the work with an aggressive "FX previs" to get the conversation started with the director/production team and to lay the groundwork for the next 6 months of production. As soon as we began using Fume to reveal our particle work on the project the production team got excited and our number of shots increased to 13.

What tasks were put in front of your team when it comes to FumeFX shots?

Initial notes on the "Rogue Gaurdian" (RG) sequence included a comment from the director/production to "avoid heat-based effects", and so we focused initially on particle motion and using Krakatoa to reveal the particles. We were using Realflow to produce fluid motion on a sphere, but it was'nt until we "shaded" those particles with Fume that everybody got excited. The resulting firely-fluid Core was a pretty interesting result that set the groundwork for the rest of the sequence. After the Core was Fumed the surrounding ring also got the Fume treatment as a blazing ring of fire and the initial note on "heat effects" had clearly been bypassed as everybody was loving the effects. The "energy" of the Core was meant to represent "Fear", and I think everyone agreed that fluidic fire is both facinating to watch and can easily represent Fear to an audience.

The stereo camera motion in the RG sequence was going to be a challenge as the cameras kept creeping closer and closer to the effects, until they were actually moving INTO the fire. Of course this meant producing the Fume at a VERY high resolution, which can prove difficult when the camera begins wide, and ends within the effect. We boosted the RAM on our sim machines to 48gig and our farm to 32gig to render the grids. Fume grids were broken up as much as possible based on each shots camera motion so we could maximize the resolution without burdening ourselves with unseen simulation data. We cut the ring into 4 parts, and cut the Core in half. Scanline motion blur was used on the Fume to help blend the voxels and Vray was used to capture Global Illumination data from the Core onto the surrounding "Glyph" geometry.

What techniques did you use to get directed FumeFX motion(and generally what was the workflow?

The Core particle motion was exported from RealFlow using some clever scripting to drive the fluids using some initial particle motion. The resulting motion was then imported into 3dsmax as a particle source for Fume. We ran into some difficulty with Fume motion speed, but managed to rework the RealFlow elements to be slower, and to calm the Fumic motion down enough that they approved our final speed. Once the Core was approved we faced similar challenges with the surrounding fire ring. When producing Fume for an effect like these you should expect some comments of the "faster or slower" variety. The Fume retime function is great as long as you're not working with particle sources. We were, so a new approach was needed for the fire ring. As it turned out reworking the fire ring using the stock Fume turbulence off an object source gained positive feedback and we were able to tweak the object source distortion speed and turb settings to gain approval. This enabled us then to focus on simming the massive grids we would need to go from a wide shot to being buried in the fire itself.

Can you point out some good sides of FumeFX that helped you to achieve those complex effects?

Without FumeFX it would have been very challenging to deliver this stereo show. I would like to point to one specific element such as FumesFX' wavelet or retime abilities but to be honest it is FumeFX as a whole that makes this work possible. Its overall speed and interactivity during simulation, its sourcing options and interconnectedness with 3dsmax particle FX definitely makes it an idea choice for FX development. Fluid work is quite challenging especially when it is "creative" and not of a practical nature. This specific show moved towards practical fire, but they still wanted to retain an intelligence in the effects as this was really an entity built of coalesced fear. That requires an exploratory process with the director/production and without fast feedback on simulations that can then be up-rezed to have similar motion we would have been in a tight spot. Fume has that special something that gets folks excited, and has the interconnectivity inside 3dsmax to get the job done.

What are you current/future projects (and plans)?

The plan remains the same -- to provide cutting edge VFX for upcoming film and commercial work!

There are a ton of other new features, but these are a few of the major ones that have been helping to save us a lot of time during this current E3 crunch.

Thank you for your time and we're looking forward to see more FX coming from SHG.